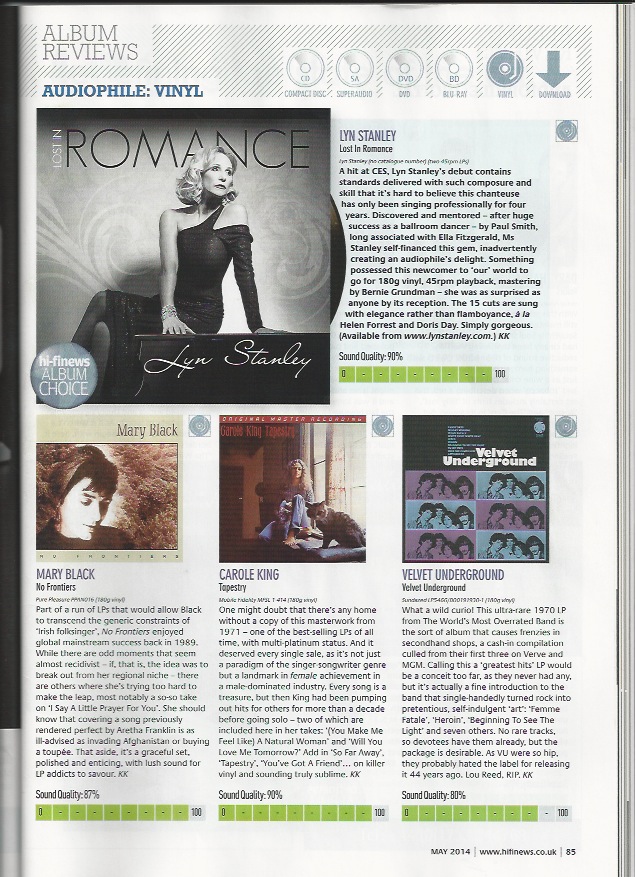 “A hit at CES, Lyn Stanley’s debut contains standards delivered with such composure and skill that it’s hard to believe this chanteuse has only been singing professionally for four years. Discovered and mentored – after huge success as a ballroom dancer – by Paul Smith, long associated with Ella Fitzgerald, Ms. Stanley self-financed this gem, inadvertently creating an audiophile’s delight. Something possessed this newcomer to ‘our’ world to go for 180g vinyl, 45rpm playback, mastering by Bernie Grundman – she was as surprised as anyone by its reception. The 15 cuts are sung with elegance rather than flamboyance, a la Helen Forrest and Doris Day. Simply gorgeous.” Click the image to view the full magazine page. Published in London, UK, on page 85 of May 2014 issue of HiFi News–the United Kingdom’s premiere audiophile magazine.