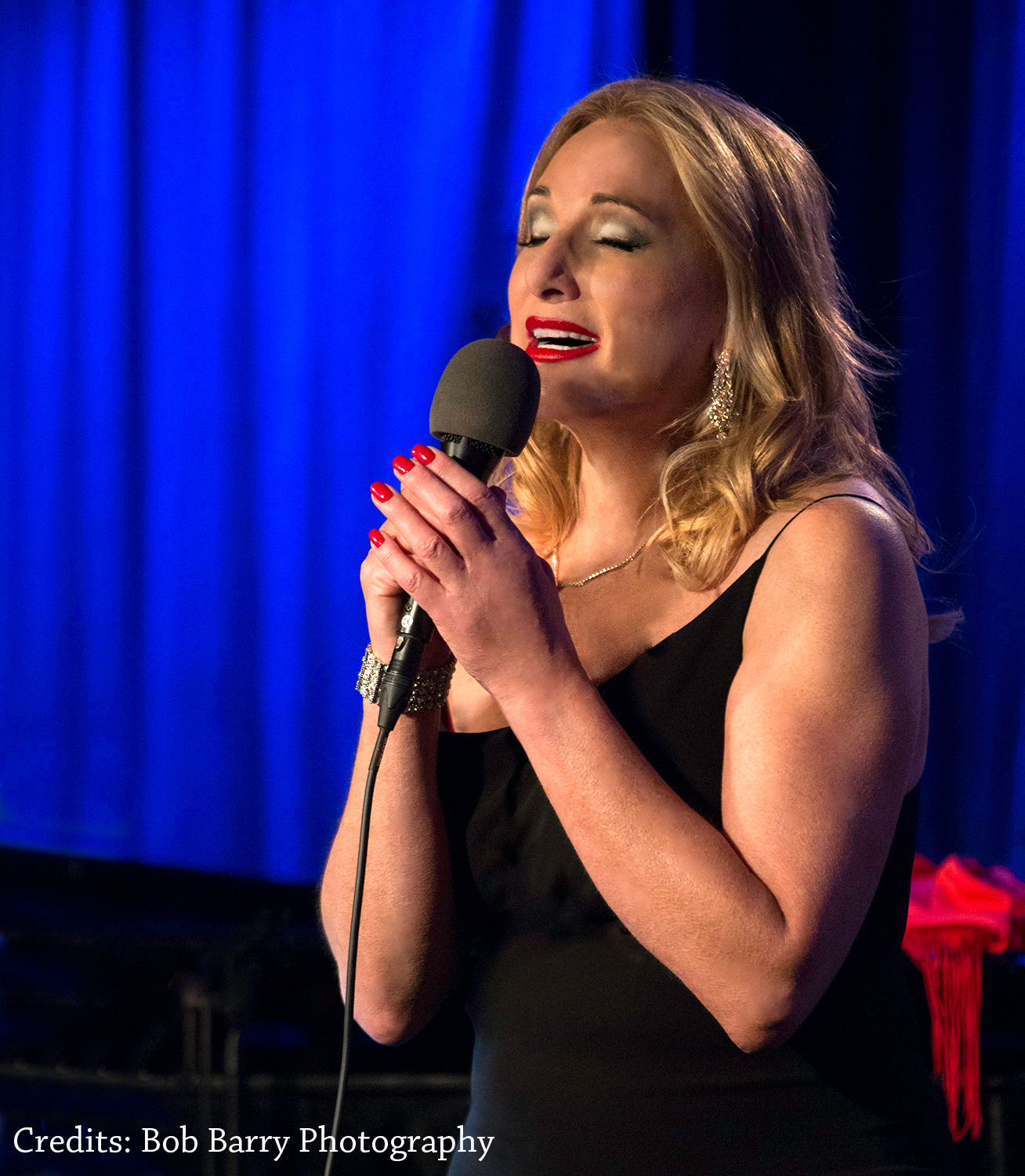 As an independent recording vocalist, Lyn Stanley has the unique distinction of being a both an International Recording Artist and Top Seller for popular distribution websites, CDBaby.com (top Jazz Vocal albums), and Amazon.com. She has achieved international artist status with audiophile enthusiasts around the world for producing the highest caliber of recordings available (vinyl, SACDs, CDs and Hi-Resolution downloads) in terms of quality, musicians, arrangements and song selections.

With a distinctive, lush and beautiful sound she is a singer who puts complete understanding, humanity and beauty into each word she interprets, Lyn Stanley has had a unique career. Having already achieved success in other fields, she was discovered in 2010 by the renowned pianist Paul Smith and his wife vocal coach Annette Warren. Her debut recording, 2013’s Lost in Romance has been an international success. Lyn’s renditions of swing songs and timeless ballads at her shows have proven to be atmospheric and uplifting. And now, with the release of Potions [from the 50s], Lyn Stanley performs her very personal versions of some of the greatest songs of the 1950s. Her life story with her determination to never give up has been an inspiration for many fans.

Born in Tacoma, Washington, Lyn knew that she wanted to be a singer after hearing a Maria Callas record. She loved both Duke Ellington and Judy Garland but singing took a backseat for a long period. After her doctoral work at Michigan State University, Lyn worked with Fortune 500 companies and taught advertising and marketing at several colleges.

She always loved to dance and was seriously training as a ballroom dancer when a terrible car accident in 2005 almost stopped everything. However Lyn was very determined. “I literally learned to walk again by learning the rumba.” Within four years her comeback was so complete that she became a national champion ballroom dancer, winning three Pro/Am USA ballroom titles in 2010, and placing third in a World title Pro/Am event.

2010 was also a very significant year for Lyn in another way. She met 88-year old Paul Smith, who was the opening show at a David Benoit concert that she attended. “I loved Paul’s playing so much that I went backstage to thank him.” Lyn soon auditioned for lessons from Annette Warren. “I wanted to see if I could sing. She had me do some scales and asked me to sing ‘The Man I Love.’” Annette’s comment after hearing Lyn was “Wow, you don’t know if you can sing?”

After four months of training (3-4 lessons a week focused on vocal training with Annette Warren and building up her repertoire with Paul Smith), Lyn Stanley sang in public for the first time at Alva’s Showroom in Long Beach on Feb. 13, 2011 with Paul Smith on piano. She followed that success with a show at Vitello’s. “People really liked my singing and asked ‘Where is your album?’ I knew that it was time for me to record.” Lost In Romance was the result.

Utilizing some of Los Angeles’ top jazz musicians (including pianists Tamir Hendelman, Llew Matthews and Mike Lang), Lyn Stanley sang one classic song after another, all having to do with love. Each performance was purposely taken at danceable ballroom tempos that would be ideal to be used at ballroom dancing competitions, or for romantic couples everywhere. Her versions of such songs as “Change Partners,” “Fever,” “That Old Black Magic,” Willie Dixon’s “I Just Want To Make Love To You,” “Watch What Happens” and “The Last Dance” are quietly emotional, honest, and filled with an infectious swing. It was quite a debut.

The release of Lost In Romance made Lyn Stanley an immediate international success. Among the many accolades and awards that her debut received, Lost In Romance was named by Chinese reviewer Jack Lui in his 2014 book All About Vinyl as #6 on his list of the top 100 vinyl albums of 2013. International music critic Michael Fremer called Lyn the “Chanteuse Extraordinaire.”

Lyn Stanley’s new recording, the greatly anticipated Potions [from the 50s], which was produced by the great pianist Kenny Werner, is a tribute to the music of the 1950s. It is filled with gems by the jazz and pop songwriters of the era. For this special project, Lyn surrounded herself with some of the most talented musicians in the world including pianists Kenny Werner, Mike Lang and Bill Cunliffe, bassists Mike Valerio and Johannes Weidermeuller, drummers Joe La Barbera, Ari Hoenig, and John Robinson, guitarist Thom Rotella, tenor-saxophonist Rickey Woodard, percussionist Luis Conte, trumpeter Glenn Drewes, and Tom Ranier on clarinet, using the arrangements of Steve Rawlins, Tamir Hendelman, Mike Lang and Bill Cunliffe. Lyn gives her own personal interpretations to such classics of the 1950s as “Lullaby Of Birdland, ” “Misty” “Cry Me A River, ” “You Don’t Know Me,” “Love Potion #9,” “Teach Me Tonight” and the bluesy “After The Lights Go Down Low.”

The sessions were recorded on analog tape just like the recordings of the 1950s. Potions [from the 50s] is being released not only as a SACD stereo hybrid (which plays on Blu Ray and CD players) and as downloads on CDBaby.com but as a 180 gram double-45 RPM vinyl album, a reel-to-reel tape and as a vinyl record. Audiophiles have adopted Lyn Stanley as their new star due to her wonderful low tones and the quality of her recordings. Her renditions of the Great American Songbook are particularly enjoyed in Japan and throughout Asia.

Lyn Stanley loves to perform and always puts on colorful all-star shows. Her rich, gentle voice is both youthful and mature, and she effortlessly connects with audiences. “I love the poetry of the music I sing. The lyrics tell such timeless tales and they relate to my life. My goal is to always do justice to the stories and help keep these great songs alive for audiences.”