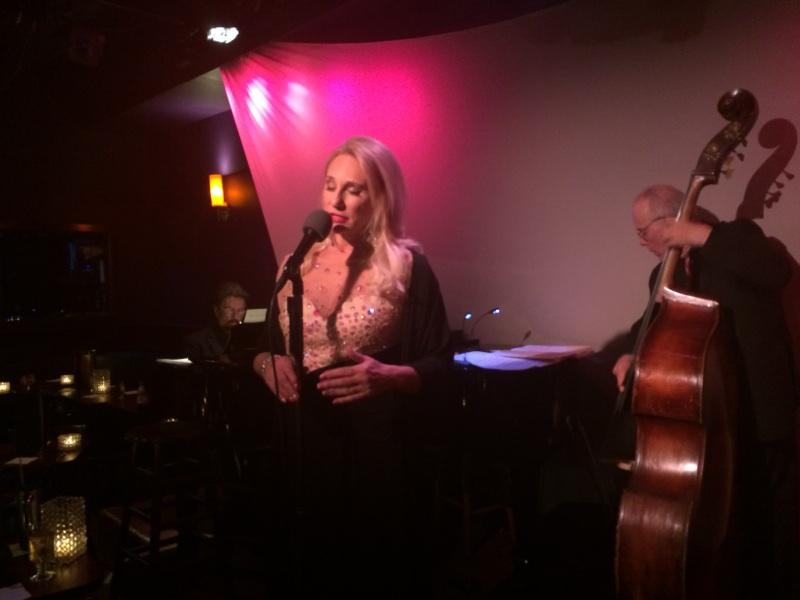 She delivered a solidly entertaining set of songs from her debut album and from her soon to be released new one called Potions consisting of material written and made famous during the 1950s.

After a heartfelt telling of her first encounter and subsequent friendship with jazz pianist Paul T. Smith and his wife Annette Warren (Smith backed Bing Crosby among others and for years Ella Fitzgerald including on her legendary Verve “Songbook” series)—both of whom strongly encouraged her singing career—she performed a version of “The Man I Love” that made clear the transcendent interpretive heights to which Ms. Stanley can reach…

Her version of “Love Potion Number 9″ was sassy and playful as was her take on the mischievous “What Am I Going to Do With a Bad Boy Like you?” from her first album. Even “I Just Want to Make Love to You” … with Renzi and company’s backing, took on just the right tone.

In the notes for the debut album critic Don Heckman pulled his punches somewhat declaring Stanley a “potentially significant new talent”. I think had he seen this show he’d have thrown rather than pulled the punch.”