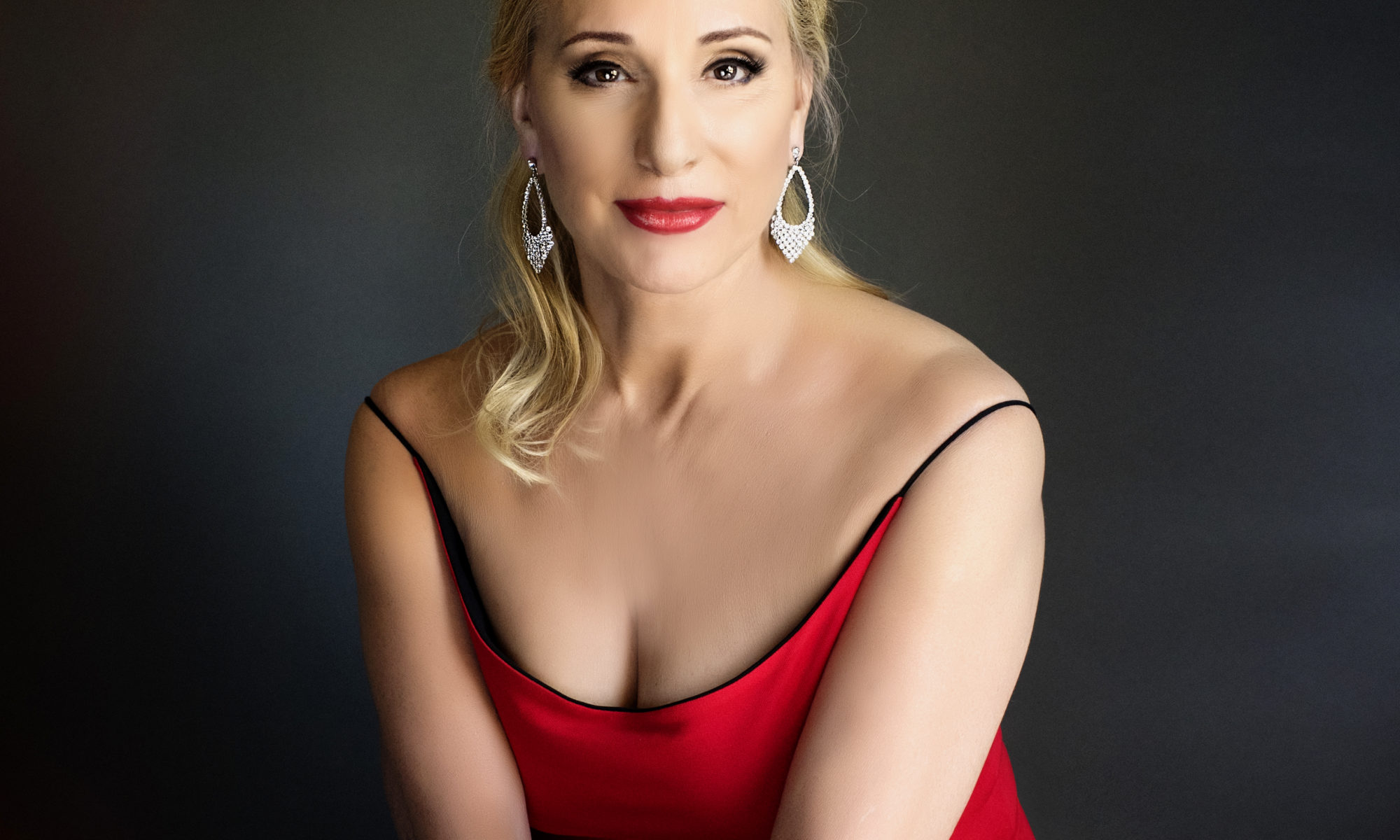 Solidly swinging jazz vocals Lyn Stanley – LONDON WITH A TWIST/LIVE AT BERNIE’S:  When it comes to ultra-hip solidly swinging jazz vocals, Ms. Stanley has no equal… she’s no stranger to our pages… my latest review of her work was for her “London Calling” album, where she got very high marks.  Her performance on Bobby Troup’s jazz classic “Route 66” video below is just superb…

…the video production is totally professional, & will give you some real insights into the hipness we cruised through when we took that route back in the day… be sure to SUBSCRIBE to Lyn’s YouTube channel, too, where you’ll find many more superb video performances.

Lyn’s always “on time”, as you’ll hear when you listen to her super-cool rendition of “Goody Goody“… jazz vocal performances this good are rare indeed… so GET YOUR COPY today!

In addition to Lyn’s stunning vocals, you’ll also hear Otmaro Ruiz, piano; Mike Lang, piano; Chuck Berghofer, bass; Aaron Serfaty, drums; John Chiodini, guitar and Luis Conte, percussion… swingin’ & rockin’ songs like “Pink Cadillac” will have you tappin’ your toes & finger-poppin’ right along with the group… I predict this one will be getting some MAJOR spins on jazz stations all across the globe.

The tune that impressed me most strongly of the dozen offered up is “Body And Soul“… lush & mellow, you’ll easily picture yourself in that smoky late-night jazz club as you listen to this one!

I give Lyn & all her players a MOST HIGHLY RECOMMENDED rating, with an “EQ” (energy quotient) score of 4.99.  Get more information about this Lyn & her album on Lyn’s website.      Rotcod Zzaj

LYN STANLEY’S FAVORITE TAKES/London With a Twist-Live at Bernie’s:  Talk about taking unplugged to a new level of the game… Stanley revisits a bunch of the Julie London tunes she recorded on her tip of the cap to London, but she cuts them all over again, live direct to disc in a session that crackles like it was in front of a live, appreciative audience.  There’s a few curve balls in the song stack so that you don’t feel like you are buying the same album twice but over all, this top jazz vocalist could have you buying the same album twice without you registering a complaint.  The first time was solid and this one matches it and goes even farther.  This really is a true artist cruising along at the top of her game.  Hot stuff.

Lyn Stanley continues to amaze fans and critics alike. Her latest release, “Lyn Stanley’s Favorite Takes London With a Twist Live at Bernie’s” is a direct-to-CD recording. Without the convenience of magnetic tape, or the opportunity to edit or “fix” later, the music is recorded directly onto an analog disc. The musicians play straight through, and if a mistake is made, either they stop playing or they continue.

The result is a vibrant album that finds Stanley making classics sound like her own. Songs originally done by a range of artists from Cole Porter to Bruce Springsteen, take on a different vibe with Stanley’s sultry voice giving them life.

Two songs not to miss on the album are “Pink Cadillac” and “In the Still of the Night.” Her voice and phrasing and the stellar soundscape created by the skilled musicians she plays with make songs that people have found exciting for decades will allow audiences to re-think them, and perhaps find a new appreciation for them.

In 2018, Stanley was named Female Vocalist of the Year by Saul Levine, programmer for KKJZ-FM, Los Angeles’ top jazz station. She has been amassing an audience since 2010. Her albums have sold steadily, which is no easy feat for someone who built a jazz career seemingl y out of nowhere, except from a place that loves the genre.

Stanley is joined on “Favorite Takes…” by Otmaro Ruiz and Mike Lang on piano, Chuck Berghofer on bass, Aaron Serfaty on drums, John Chiodini on guitar and Luis Conte on percussion.

We got our first review of my D2D album. Many thanks to Jim Hynes of Making a Scene.

We introduced you to jazz vocalist Lyn Stanley back in December 2017 with her double CD-set of the Great American Songbook classics., Moonlight Sessions Vol. 1 and Vol 2. You may want to reference that for her amazing back story. In 2018 she released her tribute to Julie London, with London Calling; A Tribute to Julie London and now we have another, her most unique project yet with her seventh album, Favorite Takes – London With a Twist- Live at Bernie’s. Although London is in the title, there are only four selections here that are reprised from her tribute album, the others are Songbook and (some surprising) pop and rock songs including Springsteen’s “Pink Cadillac” and Chuck Berry’s “You Never Can Tell.” Lyn says, “I always find something of my own. Julie did pop songs, and if she can segue into pop, why can’t I? I’m not pretending to be Julie, I’m honoring her.” Notably, even though London’s husband Bobby Troup wrote “Route 66” London never performed it although Stanley kicks off the album with it.

Beginning her career from literally nowhere in her fifties, under the mentorship of legendary jazz pianist Paul T. Smith (Ella Fitzgerald) in 2011, It’s not only Stanley’s sultry voice that sets her apart from other vocalists in the intensely competitive field of female vocalists; it’s her attention to details. She has impeccable taste in selecting songs, almost like jazz’s version of Emmylou Harris. Beyond that though, is her knack for planning , whether it’s cover art, liner notes, sound quality, arrangements of selection of musicians. On the latter, she consistently plays with the world’s best jazz musicians. She’s a Do-it-yourselfer in a major way, having sold over 40,000 albums worldwide. She has accumulated a fervent fan base and audiophile following. Her time is now. Stanley was awarded Female Jazz Vocalist of the Year for 2018 by Saul Levine, programmer for KKJZ- FM Los Angeles, the station with the largest jazz audience in the states.

The unique and adventurous nature of this album is perhaps a bigger story than the exquisite music. This is recorded live in the studio as a direct-to-disc album with instantaneous mixing and no editing. This process bypasses magnetic tape, recording directly onto an analog disc. The sound quality is impeccable, as would be the case for Stanley’s penchant for audiophile pristine production. The process requires nerves of steel, no flubs allowed. There is no opportunity to “fix’ mistakes later. Not many of these are made in the modern era and Stanley has become just one of five singers who have created a direct-to-disc vocal album containing at least three songs and over 12 minutes of music.

Stanley says, “There’s a stigma about achieving ‘perfection.’ It takes the art out of what you’re doing if you have to follow what someone else declared to be the rules of engagement,” Stanley declares. “You can run with your creativity if you don’t have to have perfection. What you hear on London with a Twist is what you’d get on stage for real.”

She would have to have world class musicians to pull this off. There is no stopping except for a few precious seconds between songs. The high-stakes can inhibit musicians and make them stick to the tried and true instead of breaking creative ground. However, the band–guitarist John Chiodini, pianists Otmaro Ruiz and Mike Lang, bassist Chuck Berghofer, drummer Aaron Serfaty, and percussionist Luis Conte–“didn’t hold back, they played as live as they could,” Stanley notes. She points out that she chose to release the takes based on their performances rather than her own: “I picked the ones where I loved what they did.” There was a buzz of solidarity in the studio, with the vocalist and the musicians brainstorming and collaborating to develop arrangements on the spot. By the end of the session, the players had devised a new moniker for themselves: “The Jazz Mavericks.”

Another challenge is adjusting to the shifting moods of the tunes in the three- to five-second separations between songs. On just one album side, Lyn Stanley’s interpretations run the emotional gamut from the easy swing of “Route 66,” through rollicking “Pink Cadillac,” to the heartfelt “Lover Man” But despite the pressure-cooker situation, Stanley and The Jazz Mavericks shift through all the feelings, including “You Never Can Tell,” seemingly effortlessly, delivering a dozen tunes with a relaxed, creative, swinging sound.

As the title of this CD suggests, these are a dozen tunes culled from two days of recording. A limited pressing of 2000 albums are available (unless they are already gone) for audiophiles. Here are some other pertinent details:

Lyn Stanley is fearless and continues to push the envelope.

Mr. Levine notes that Ms. Stanley’s recordings “…are a revival of some of the greatest hits ever produced for Broadway Shows and Hollywood movies. They are chestnuts deserving to be reintroduced to the America public. The great American Songbook lives again with the added benefit of ‘State Of The Art” recording techniques thanks to Lyn Stanley.”

“I love the album and feel it is an all time winner.”- SAUL LEVINE, KKJZ

“Hi Lyn, Terrific CD. Really terrific.  I LOVE LOVE  LOVE “Goody Goody”.  I think that this CD is going to be a successful one for you. “Sway” is also great. I was good friends with Norman Gimbel who wrote the lyric. He just passed away last week. Great job Lyn really.

Hugs from one of your biggest fans,
Artie”

THE MOONLIGHT SESSIONS, VOLUME TWO ONE OF THE BEST AMERICAN SONGBOOK RECORDINGS, OF THIS DECADE

I AM RE-LISTENING TO THE MOONLIGHT SESSIONS VOLUME TWO.
AND EVERY ASPECT OF THE CD IS PERFECTION. THE CHOICE OF SONGS
BRING BACK SOME OF THE BEST STANDARDS OF ALL TIME, SOME OF WHICH HAVE BEEN TOO LONG NEGLECTED, THE MIX, THE  MUSICIANS,
AND THE INCREDIBLE DELIVERY BY LYNN STANLEY MAKE THIS CD, IN MY OPINION, ONE OF THE BEST  AMERICAN SONGBOOK RECORDINGS, OF THIS DECADE.
SAUL LEVINE
KKJZ (KJAZZ)

“Lyn Stanley redefines what a ‘song stylist’ is-“

Wildly popular Southern California vocalist Lyn Stanley’s new project ventures into new musical territory with her creative approach to American music. This time, she’s borrowing from the classical composers–Chopin, Beethoven, Debussy, Mozart, and Ravel to breathe a new excitement into a few jazz standards like you’ve never heard them before. This series begins with this Volume One. She has also added songs to this special project from the country and pop genres and added arrangement twists with jazz applications that modernize them as they delight your ears. Lyn delivers every song with the finesse and confidence of a veteran song stylist – and she is only a few years into her vocal career.

The tracks are as follows: All of Nothing at All, Willow Weep for Me, Moonlight Serenade, My Funny Valentine, Embraceable You, Why Don’t You Do Right, Girl Talk, Crazy, Close Your Eyes, How Insensitive, Break It to Me Gently, and In the Wee Small Hours.

The lady steams with talent and surrounds herself with the very best musicians and arrangers in the business. A total Winner!-June 2017

This site uses Akismet to reduce spam. Learn how your comment data is processed.