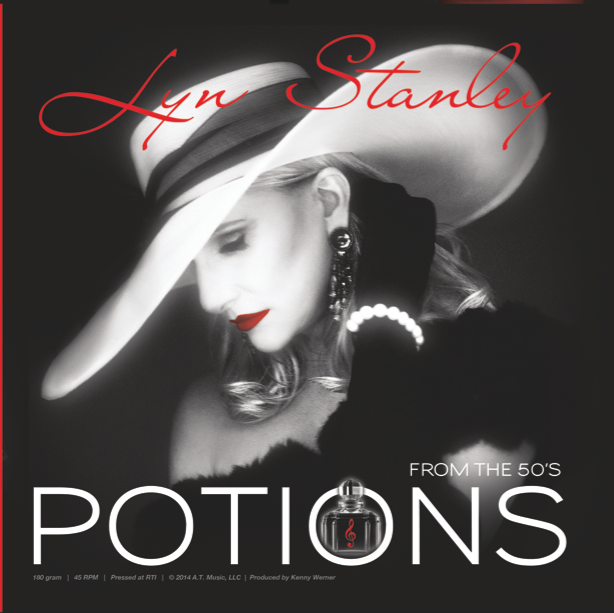 In my review of Lyn Stanley’s first album, Lost in Romance, I said “The 1940s style picture of a forlorn lady sitting on a piano, the title “Lost In Romance”, and the beautiful full toned music of this album never in a million years says, new artist. I had never heard of her but her website says she was discovered in 2010 by world class jazz pianist Paul Smith. Well since then I have had the privilege to meet this delightful lady and to hear her sing live. Having heard some of the songs on her new LP at audio shows played from the original lacquers it was with some excitement that I awaited to hear the LPs on my own system.

Let me say in no way was I disappointed. I truly loved her selection of songs. As the title suggests the songs chosen were composed in the 1950s. The selection of songs are drawn from a broad palette of jazz, popular hits, blues, country, R&B and doo-wop, and one very special Gershwin classic in a bonus track. The album was produced by world renowned jazz pianist/composer Kenny Werner. Returning to the elements that made her first album so successful she again hires Al Schmitt, this time as both the recording and mixing engineer along with Bernie Grundman for mastering the album.

The album contains fifteen tracks, twelve of the tracks are recorded in pure analog fashion from musicians through vocals, mixing and mastering. The sound is simply stunning. Let me say that one more time in case you didn’t hear me the first time; this is one good sounding LP! I love “Lullaby of Birdland.” You can hear every nuance of her vocals and the instruments. Superb phrasing. I enjoyed every song on these two LPs. Thank you Lyn for such great music that is also recorded so beautifully.