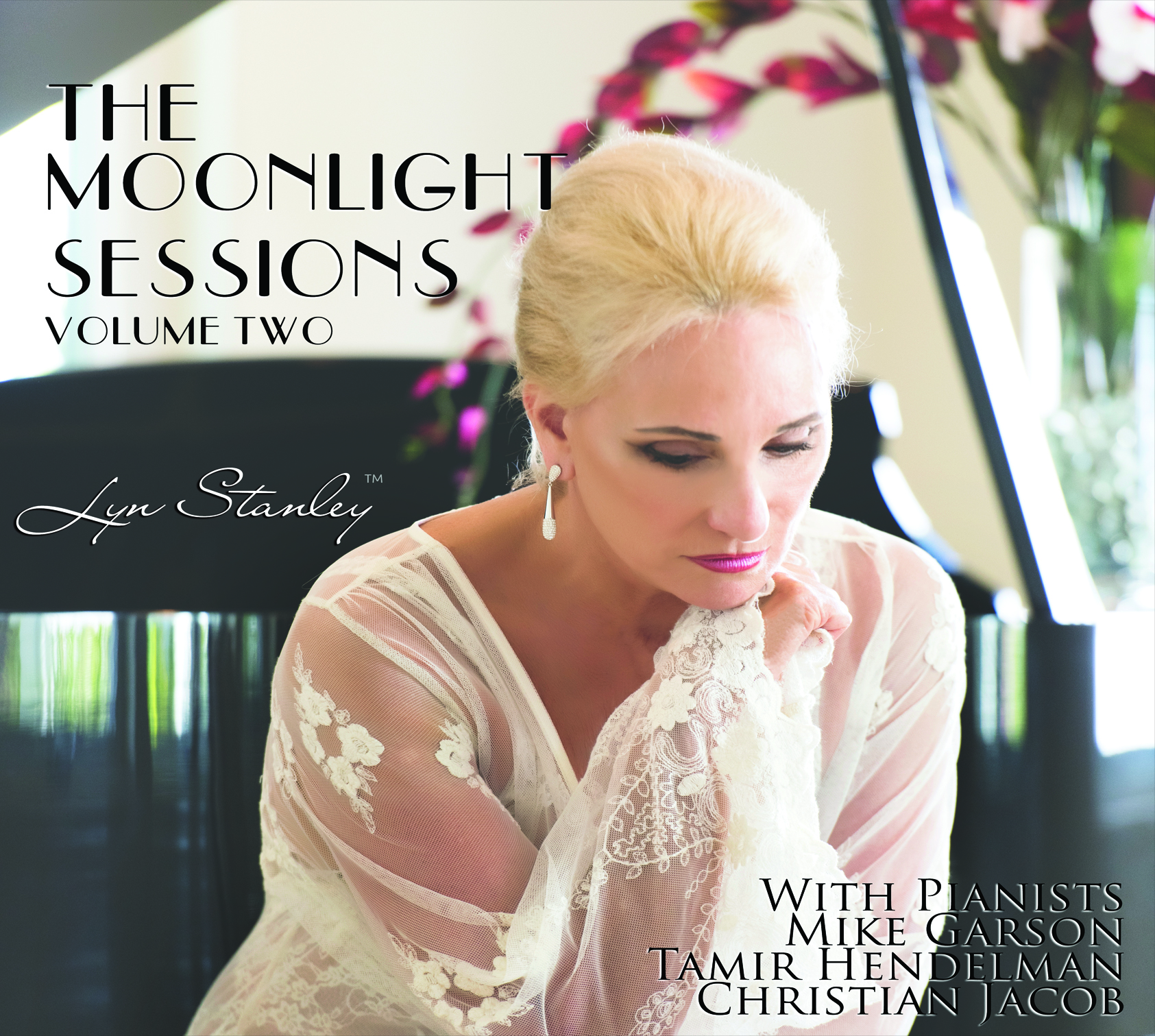 Lyn Stanley’s The Moonlight Series Volume Two was released in August 2017.  To date, 1000/2000 of this album have been pressed on the first press run. The song selections are a mixture of jazz standard songs laced with quotes from famous classical composers such as Beethoven, Debussy, Mozart, Maurice Ravel and Chopin from the 1920s to 1970s plus a few “out of the jazz box” songs.  Let Lyn Stanley’s highly acclaimed sultry vocals along with her world class musicians take you on an emotional journey of love’s trials and triumphs with arrangements that have been given multiple reviewers’ Five Star ratings!  THIS PRODUCT IS NEARLY SOLD OUT.  LOW STOCK.

This highly rated Global Music Award winning album sold out quickly but the second pressing is now ready for market. New lacquers were created by Bernie Grundman for this limited run pressing of 200 albums (180 gram) to ensure highest quality possible. In addition, the pressing plant changed to a small boutique plant outside Chicago Illinois that offered careful quality control needed to make this album the best possible. Finally, the album jackets were also updated.

The Moonlight Sessions series is one of Lyn Stanley’s most creative projects.  And, Volume Two in this project has some of the most original arrangement combinations of classical music with jazz standards that have ever been recorded.  Los Angeles’ #1 jazz station, KKJz -88.1 FM has state this album is “one of the best in this century.”   Filled with the A-Team for jazz musicians–literally the who’s who for today’s superstars.  This is the Special Limited Edition of The Moonlight Sessions-Volume Two as a double disc, 45RPM, 180gram One-Step Pressing process 12 inch discs.  Shipping NOT included and based on location.   The Moonlight Sessions Vol. 2 Special Limited Edition One Step, 180 gram, Double Vinyl was released in September 2017. This  SuperSonicVinyl™ (SSV) uses the rare one step press method with Lyn Stanley’s superb recording trademark.  It comes in a sturdy gatefold jacket, with insert. The albums are hand numbered and limited to actual available albums with a lifetime expectation of 2,000 units.  First run generated 950 units from two lacquer sets.  Currently a three-step version of this album is in production.

The Songs in The Moonlight Sessions Volume Two are:

Lyn Stanley’s SuperSonicVinyl™ is a superior quality vinyl utilizing NEW analog mixed and mastered recording, from top engineers and studio boards, and combined with top rated master engineering and ONE-Step experienced pressing plants to create what we believe is the ultimate in sounding records.

For more information about how to become part of The Lyn Stanley Society for insider views, early product shipping, membership discounts and information about the world of recording and all things audio click  here .