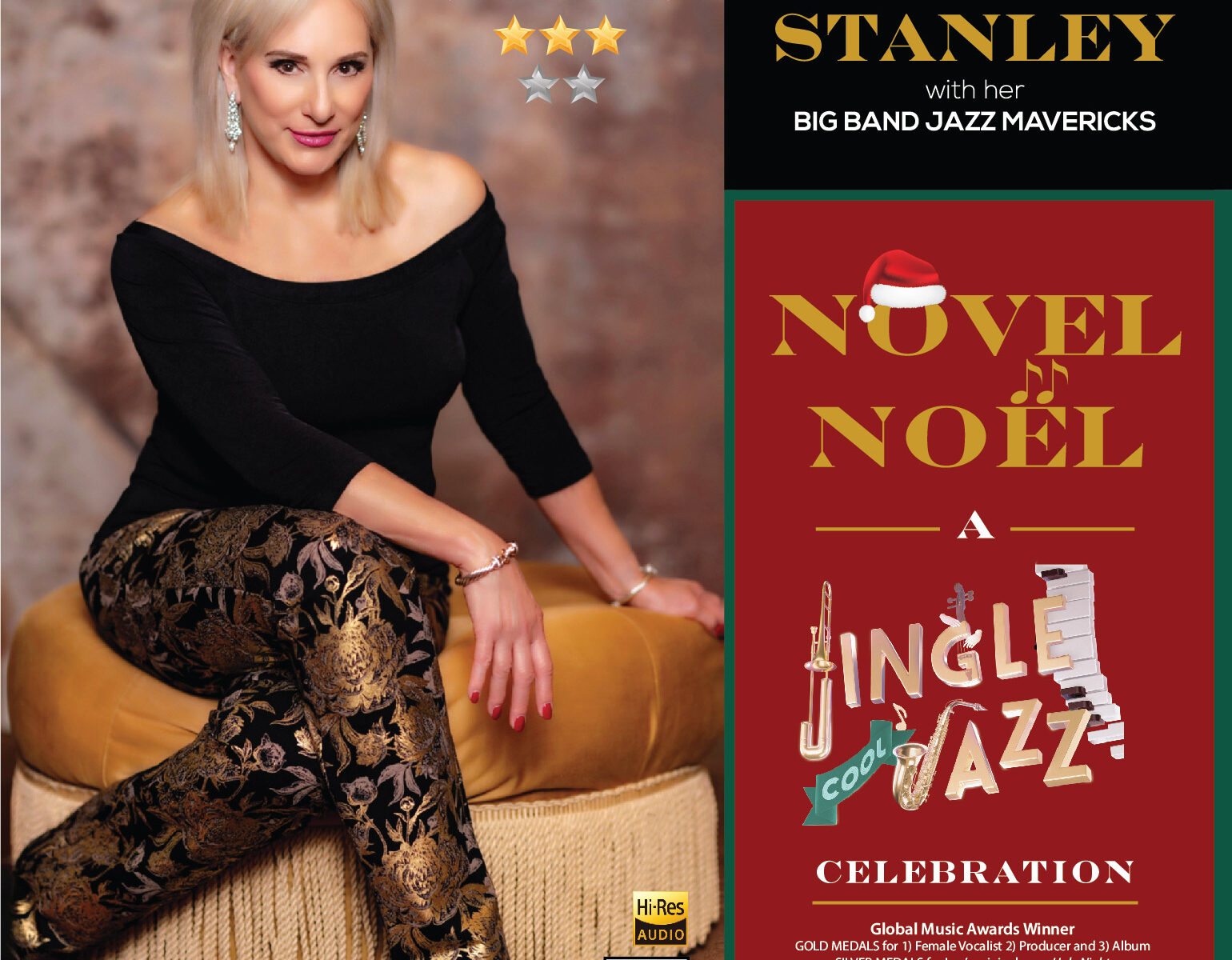 What you’ll get:  SACD disc created at Sony Austria.  Stereo and 5.1ch DSD audio on the SA-CD layer, and 16 bit-44.1K audio are on this disc. Comes with an 8 pp booklet with photos and liner notes.

You can always depend on Lyn Stanley to deliver sound and great music.  Her big band album, Novel Noel, is no exception.  New Jersey Jazz reviewer, Joseph Lang, says it clearly in his review of the album:

“For Novel Noël: A Jingle Jazz Celebration (AT Music – 3110) vocalist LYN STANLEY has gathered a big band around her, occasionally supplemented by a string section.  Stanley is a singer in the classic jazz/pop tradition who swings out when appropriate and nicely handles ballads, always retaining a swing underpinning in her singing.  Her program takes an original approach by including standards like “Come Dance with Me,” “It’s Magic,” “The Way You Look Tonight,” “I Concentrate on You” and “Moonlight in Vermont.”  The first conjures up a holiday party, perhaps on New Year’s Eve, where couples are cutting a rug, while the other four are romantic tunes that are just right for the intimate times spent together during the season.  The Christmas selections range from the light-hearted “Zat You Santa Claus” and “Boogie Woogie Santa Claus” to “Holy Night” and “Mary Did You Know.”  With arrangements by the likes of Tom Kubis, Christian Jacob and Pat Coil, Stanley and the band deliver a superb new album for the Christmas Season.”

C. Michael Bailey, All About Jazz, says ” “Vocalist Lyn Stanley ironically calls her ensemble the Big Band Jazz Mavericks when it is she who is the maverick, the evidence being how seamlessly she expands the holiday canon on Novel Noël: A Jingle Jazz Celebration. Over the past decade, Stanley has done two significant things: one, she has methodically and with carefully considered concepts addressed the Great American Songbook, and, two, she has become a foremost audiophile, sweating all of the small stuff. This added attention and effort pays off in her superb holiday offering. Originally intended for release in 2021, personal and global circumstances changed the project’s trajectory. Six of the 13 selections were released under the same title. The entire package was worth the wait. Stanley spikes the eggnog with vintage, 100-proof nostalgia, recalling the swinging 1950s. The opening track, “Zat You Santa Claus” sets the tone for the entire release, with Stanley echoing Pops before launching into the most sophisticated and swinging updates of the song. Eartha Kitt may own “Santa, Baby,” but Stanley one-ups that performance with this playful and festive steal from Satchmo. “Little Drummer Boy” is mashed up with “Take Five” and “Mary Did You Know” receives a stark and plaintive reading. Stanley deftly slides into the playlist standards made for the holidays: “Come Dance With Me,” “It’s Magic,” and “The Way You Look Tonight” sound as if they have been in the holiday canon all along; what Stanley shows us is that they have been. It is fitting that this recording is the best the singer has imagined and recorded. This is what Christmas is.”

On the audiophile sound side, Lyn’s big band holiday album is achieving great acclaim.  Matthias Bode, Stereo Germany, writes, “ANGELS NEVER SOUND MORE BEAUTIFUL.. THAN AT CHRISTMAS TIME. ONE AUDIOPHILE ARTIST ON CLOUD 7 IS AMERICAN LYN STANLEY,  WITH HER JINGLE COOL JAZZ CELEBRATION, NOVEL NOEL, AND SHE FUELS THE ADVENT ATMOSPHERE POWERFULLY.”  He goes on to say this is a SPECTACULAR album and suggests to his readers that they get a copy wherever they can. 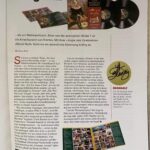