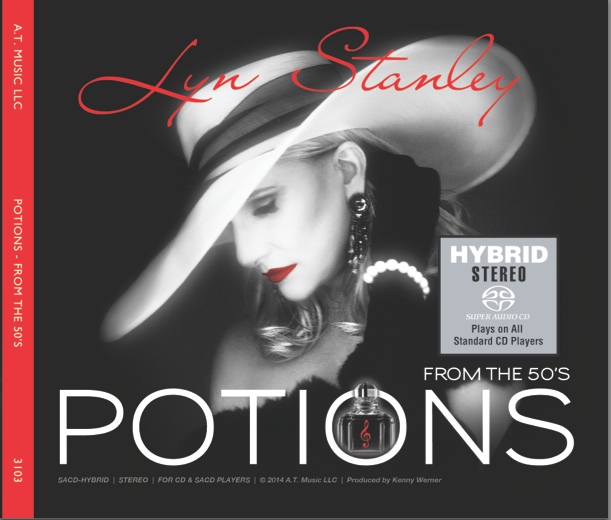 Lyn Stanley offers you an album dedicated to her favorite pop and jazz music composed in the 1950s.  Included in the album are pop tunes, Love Potion #9, I’m Walkin,’ In The Still of The Night (Platter’s version), You Don’t Know Me and After The Lights Go Down Low to jazz standards composed in the decade like Misty, Teach Me Tonight, Cry Me A River, Lullaby of Birdland and Fly Me To The Moon.

This album was recorded by Al Schmitt on 2 inch, 24 track tape, just as it was done in the 1950s.  Al then mixed the album on analog 30ips to 1/2 inch tape and it was mastered by Bernie Grundman also in analog.  You will find this album brings out the best in both sound and music with her stellar band of jazz notables including pianists Kenny Werner, Bill Cunliffe, Mike Lang, and tenor sax extraordinaire, Rickey Woodard.

You have never heard a CD like this before–this is a hybrid stereo SACD and you can play it in your car CD player AND on your blu ray DVD player at home (as well as SACD players). This amazing analog tape album sounds incredible with this technology. You will think you are in the studio front row listening at the actual recording session! This SACD was made in the Sony plant in Austria. The audiophile community has given this SACD highest marks for exceptional sound.