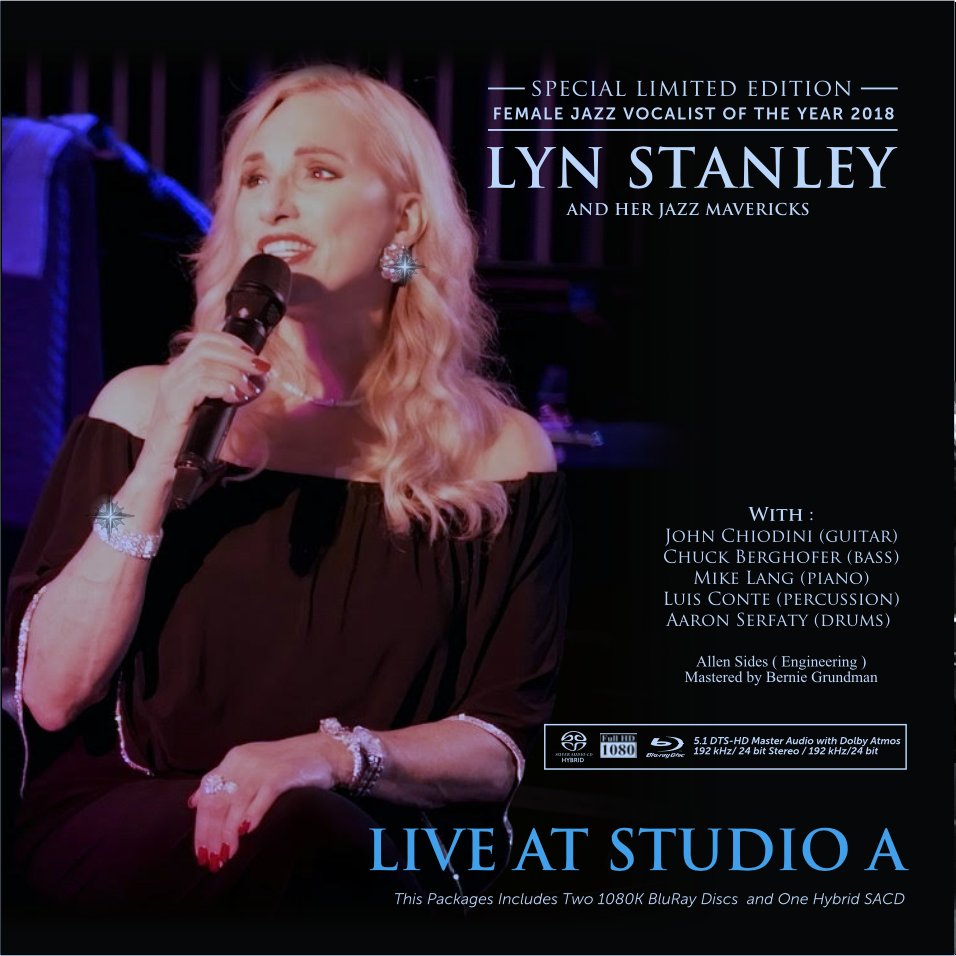 Take your front-row seat and watch a live recording of Lyn Stanley and her amazing Jazz Mavericks as they salute the music of Julie London, plus a few of Lyn’s favorites.

There will be 150 special limited edition units of Lyn and her Jazz Maverick’s dynamic LIVE audience London tribute show recorded at Capitol Recording Studio A.  Engineered by Allen Sides (recording and mixing) and authored by MSM Studios in Munich Germany, this recording is sure to be rare concert video offering surround sound (5.1), Stereo 192/24bit and Dolby Atmos (also planned-but not guaranteed just yet) and 1080 video quality for an up-close experience as you watch this live performance recorded on June 1, 2019.

The special packaging will offer 150 purchasers the opportunity to get these numbered, signed and specially packaged albums with a personal note from Lyn.  There will be two BluRay (Part One and Part Two) discs of the show.  Plus, a Super Audio CD will be included  (hybrid version of audio only) offering you choices of the Surround Sound 5.1 experience, Dolby Atmos or single DSD (192/24bit stereo conversion) or a 16 44000 wav CD of the album. Several of the songs also have “Program Notes” which include the live performance discussion about the song Lyn offered during her show.

Numbering will be based on first-come, first-served basis, and limited to 150 production copies.  All other versions will not be the limited package option described above.

All Pre-Order purchasers will be the first to receive this album.