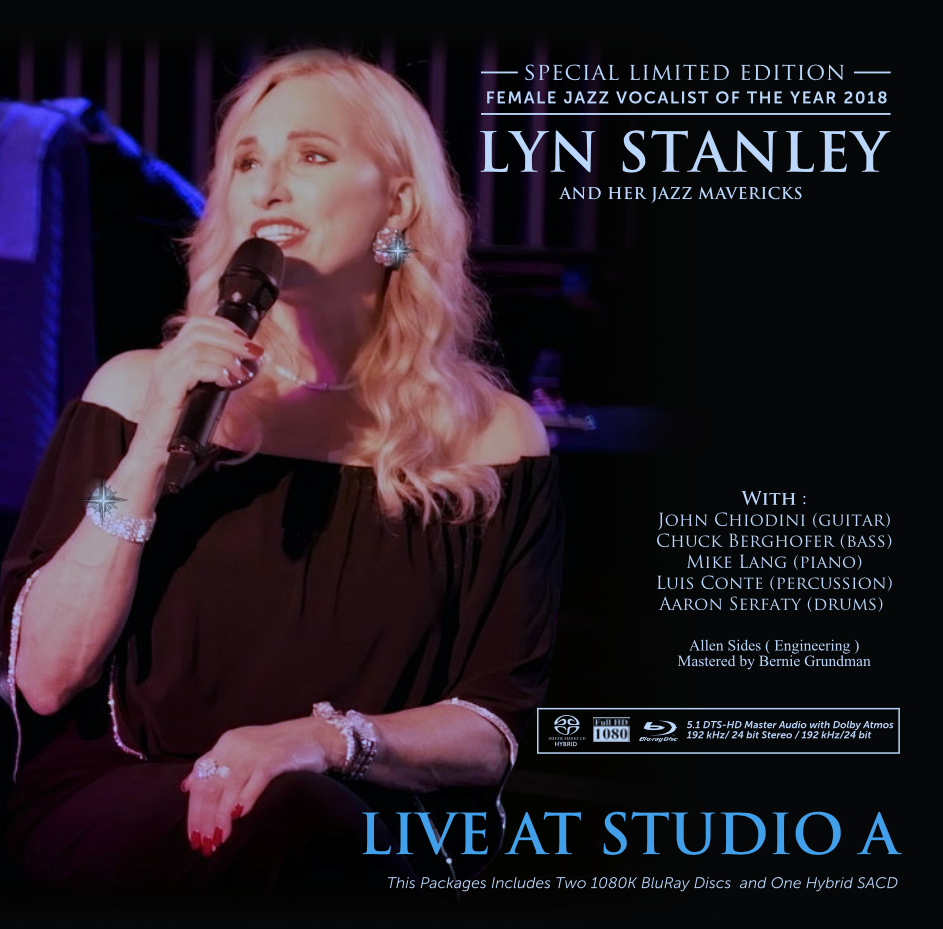 Take a front-row seat-as you can now watch (1080p) and listen (immersive options including Dolby Atmos) to the live recording of Lyn Stanley and her amazing Jazz Mavericks as they salute the music of Julie London, plus a few of Lyn’s favorites in this exceptional  Immersive SACD-hybrid album made at Sony in Austria.

There will be 300 special limited edition numbered and signed units of Lyn and her Jazz Maverick’s dynamic LIVE audience London tribute show recorded at Capitol Recording Studio A.  Engineered by Allen Sides (recording and mixing) and mastered by Bernie Grundman this recording is sure to be rare concert offering high resolution video AND 24/192 stereo,  immersive 5.1 surround sound and Dolby Atmos options whilst you watch the band and Lyn Stanley perform on 1080p video quality.  This is an up-close and personal experience as you experience this live performance recorded on June 1, 2019, as if you were at the concert.  Hear the guitar from one speaker, the piano on another, the bass–it’s all as real as a recording can get.

Numbering will be based on a first-come, first-served basis, and limited to 300 production copies.  All other versions will not be the limited package option described above.  You can purchase the SACD and the Blu-ray versions separately.