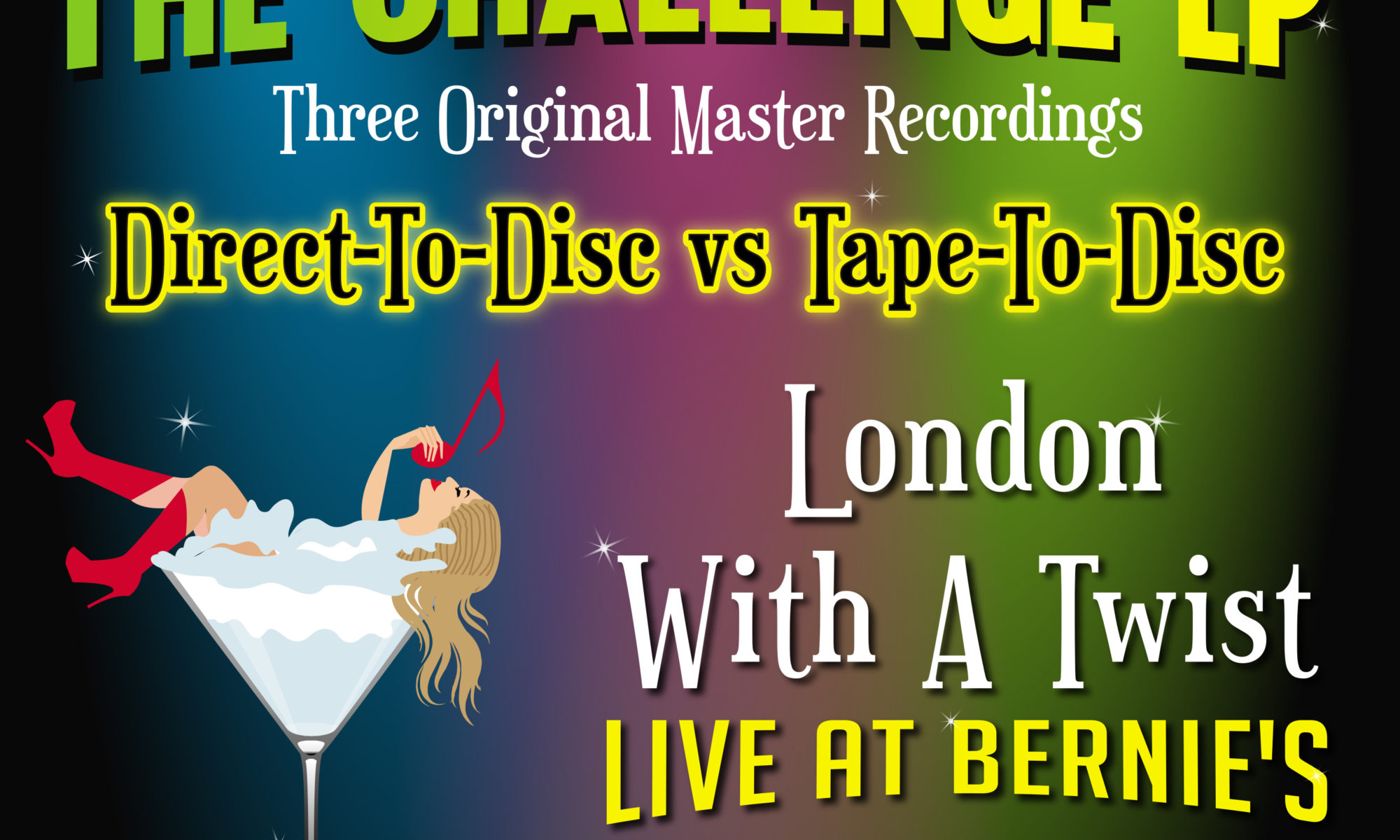 View cart “SACD version of London With A Twist-LIVE at Bernie’s (ATM3108)” has been added to your cart.

For the true audiophile, a challenge LP to compare the sound of two different formats of the same three songs.  You can let your system tell you which format is best, and end the debate.  If you have the album, London With A Twist, you can also compare red vinyl to black vinyl sound!  Only orders from this website will get Lyn’s signature on the jacket.

Category: London With A Twist 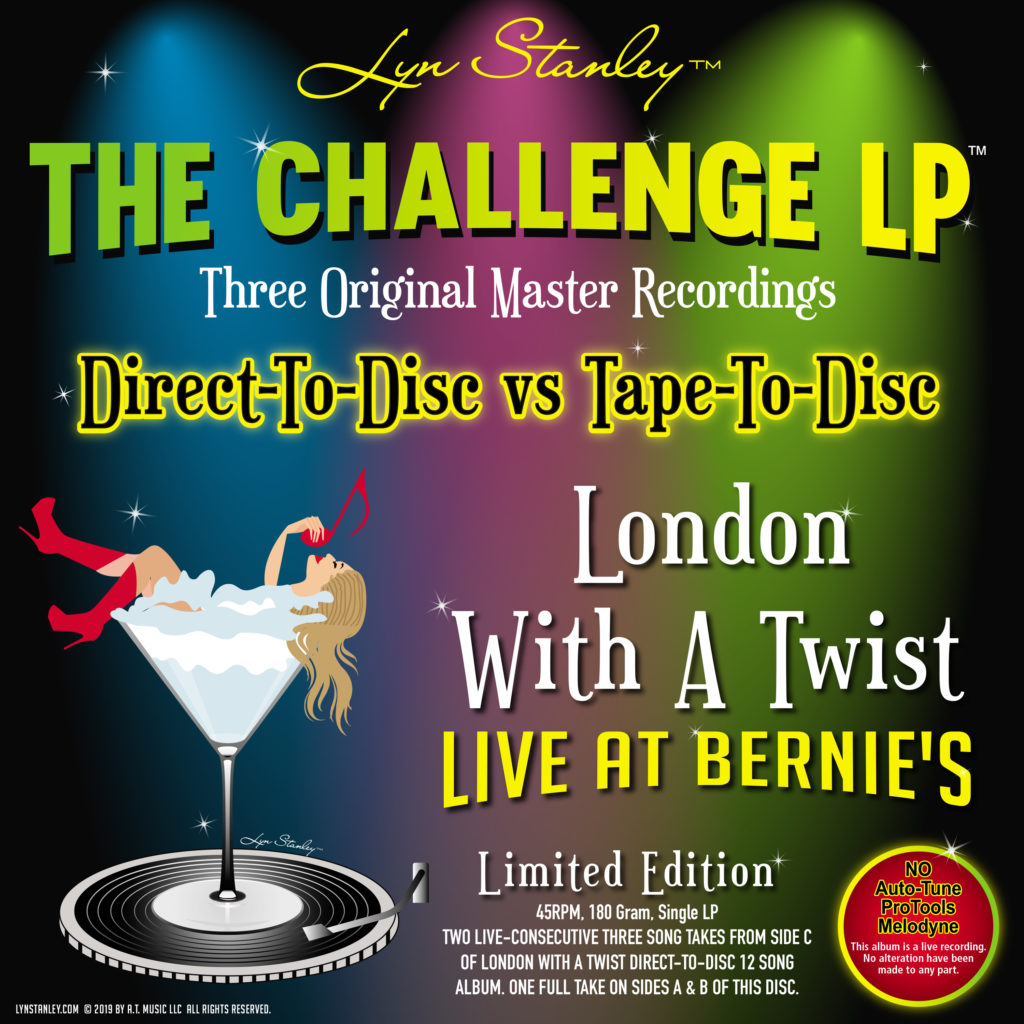 Available NOW and only 300 units were pressed on initial run.

This 45RPM 180gram disc will take the same three songs recorded on two different takes within 30 minutes of one another. Everything else is the same–but on one side you will hear the Direct-To-Disc version and on the other side you will hear the tape to vinyl version. The songs are 1) Goody Goody; 2) Love Letters; and 3) Bye Bye Blackbird. Not only will you hear the slight variations in the takes but you will also be able to make your own assessment of the quality of both analog recording techniques. Limited pressing non-numbered.

Additional clarification/information: This 45 rpm single LP has the SAME three songs on each side from two different takes recorded within 30 minutes of each other.  The reel to reel was captured at the same moment the metal lacquer master was receiving the recording information on the lathe at Bernie Grundman’s Mastering Studio.  Here are the tests you can perform with this Challenge LP: