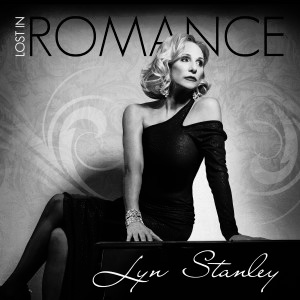 Wow! The reviews are in.

Since Lost in Romance was released to radio on August 20, 2013, Lyn Stanley has received wonderful feedback from radio DJs across the country. Selected testimonials are listed below, or download the full PDF to see all of the reviews.

[button type=”icon” newwindow=”yes”  link=”http://vnu.a32.myftpupload.com/wp-content/uploads/2013/09/LS_ShowPiece2Back.pdf”] Click here to download the FULL PDF file to read all of the reviews.[/button]

“To have a chance to play you is a privilege that I want to share with my audience.  Thank you for bringing the Songstress back to jazz.  Your voice brings life to lyrics that defined the American Songbook.  Your natural class, grace and tonality will bring much joy to jazz radio.  You are one of a kind and We Love You Madly.  Why? Because the song comes back to life through your voice.” —Los Angeles Jazz celebrity DJ Bubba Jackson (KKJZ)

“How does she do that? How does Lyn Stanley project such a gentle style, but still invest the lyrics with power and meaning? We’ve been waiting for just such a song stylist to give new flavor to the words of the Great American songbook. She’s captured our hearts. Over the years, you have introduced us to so many fresh, thrilling sounds, we are indebted to you for bringing Lyn Stanley to our attention. We wish we’d known about her sooner.” —Don Kennedy, Big Band Jump, NAT’L SYNDICATION

“There are times when a new music project doesn’t live up to all the pre-release buss you hear going around.  I’m happy to report this isn’t one of those times.  The buzz, and there’s been a lot of it, is dead on.  What we have here in Lyn Stanley’s “Lost In Romance” is a super polished professional endeavor into some classic songs rendered meticulously with the artist never taking her eye off the ball and as a result, achieving the goals she set out to accomplish when she started.  And what a great production too.  Sounds absolutely splendid.  I’m starting out adding three tracks to WHLI’s playlist with more to follow very shortly.  I’m going to start with:  Change Partners, The Nearness of You, I Just Want To Make Love To You.  Let’s hope this isn’t “the last dance” for Lyn Stanley.  Let’s hope it’s just the beginning.” —Paul Richards, WHLI, New York, New Jersey, Connecticut