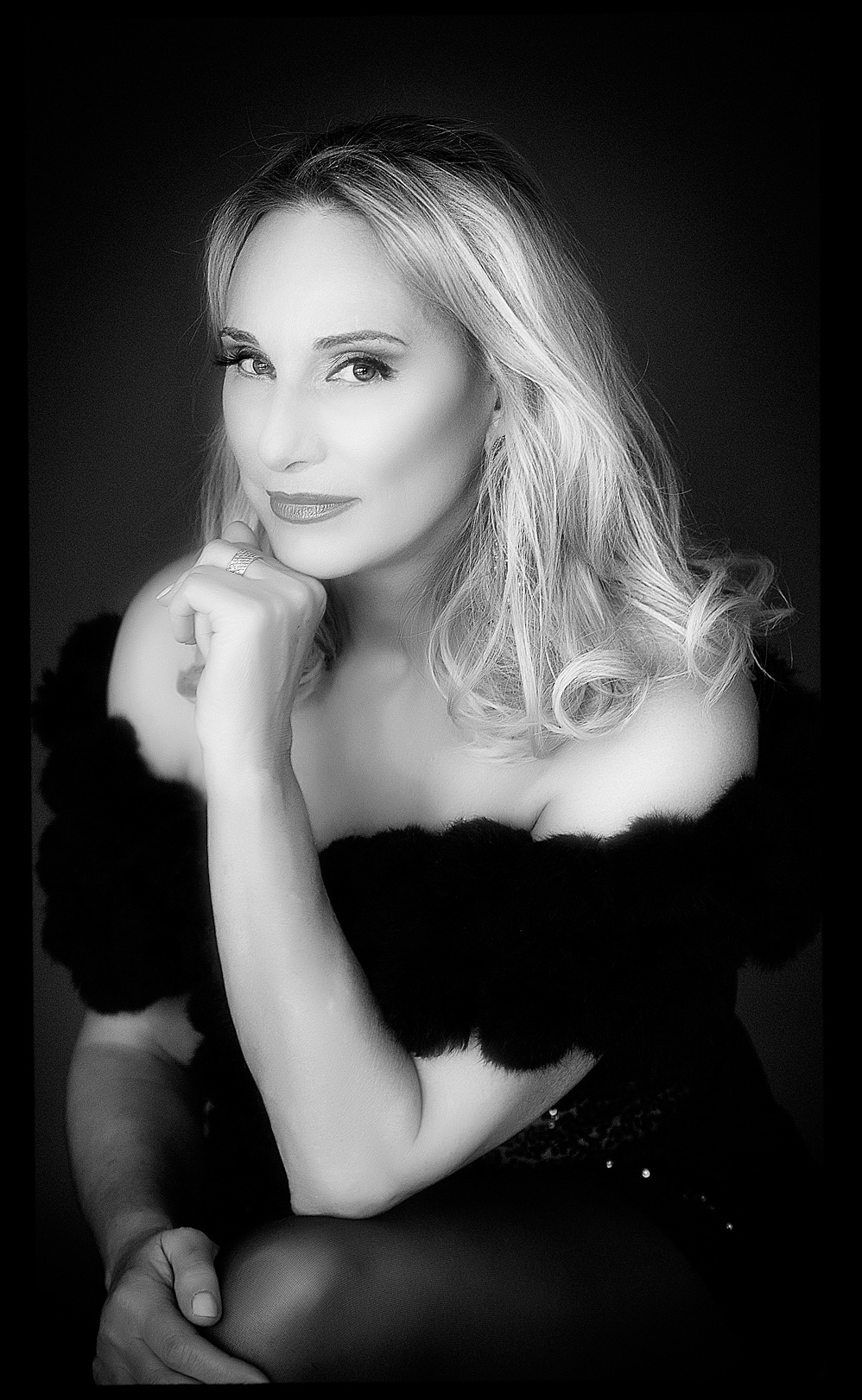 Only a few tracks are required for the listener to be Lost in Romance with Lyn Stanley. I was there by “The Nearness of You.” By then, she has warmed the room with a series of classics from Irving Berlin, Johnny Mercer, Hoagy Carmichael.

The room is in a small club. Perhaps near the desert. Dim lighting. Bogie and Bacall unobtrusive in the back of the room. Dietrich’s set over, she stays to listen.

The room has a piano that accompanies her so well whenever Tamir Hendelman or Mike Lang sit in. Tenor sax (Bob Sheppard), trombone (Bob McChesney), flugelhorn (Gilbert Castellanos, also on trumpet) in the backing group which plays every note to complement her. Every single note.

And those notes are all full and rounded, almost never sharp and stinging. Perhaps vinyl was required for the richness throughout. I’d like to think so. (two 180 gram 45 rpm albums which I first tried to play as 33s. Slowwwwwwwww. Also available in CDs and downloads for the unromantic.)

The striking blond former ballroom dancer opens and closes the album with songs entwined with dance.

First: “Change Partners,” where she lingers over each note, each moment, seeking her chance.

Last, naturally: “The Last Dance,” where the partner has been found and the evening is regrettably ending but “keep holding me tight.”

In between, the bartender leans in to listen as she asks for “One More for My Baby.” Each word, each inflection so important as “You Go to My Head.”

Her phrasing is close, intimate, personal. Not like Sinatra’s phrasing but with Ol’ Blue Eyes’ requirement that you listen to the story, that you feel it might be sung directly to you.

I don’t think her talents are best suited for Willie Dixon’s “I Just Want to Make Love to You” but she shines on George Harrison’s “Something” which Sinatra called the only really good love song in eons.

On “Fever”, the warmth becomes heat. Peggy Lee may have been the first white girl singer so openly sexual but Lyn Stanley takes it a bit sultrier, plays with it a bit. A touch of how Marilyn would have sung it. Finger snaps as percussion.

Another strength of vinyl; each time you get to flip the album or put on the second disc (may I say record), you’ll be pleased there’s another side. You’ll wish you were at that imaginary club that night. But go ahead, careful not to smudge the grooves, put on the album and soon you will be.